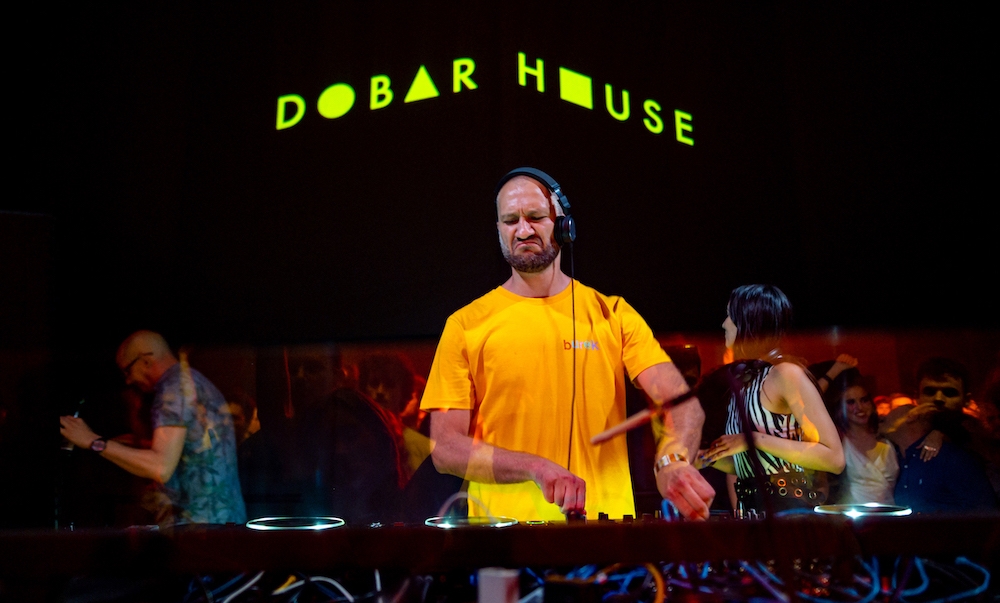 The founder of Dobar House, a club night and music label is celebrating 20 years of existence in Zagreb and Croatia with our largest headliner to date!

The founder of Dobar House, a club night and music label is celebrating 20 years of existence in Zagreb and Croatia.

RIVA STARR is making his long-awaited return to Zagreb for this significant anniversary, as a special guest!

Along with Phebe Edwards, Riva Starr is the co-author of one of the biggest house hits of 2021 – 'Love Divine' – a song that was one of the anthems of Dobar House parties that same year, as well as one of the most represented in Tom Bug's sets. Of course, besides 'Love Divine', there are many other tracks that marked our parties like Riva's project Star B (with Mark Broom) - 'Fire', 'The Feeling' with Gavin Holligan, and 'Scat Dub'.

Riva is a master of remixing, so it's not surprising that he remixed some of the biggest house hits like 'Groovejet' or 'Hey Hey', Morales' 'Needin' You' or Groove Armada's mega-hit 'Superstylin'. He also has collaborated with Fatboy Slim ('Eat Sleep Rave Repeat'), Dennis Cruz, Camelphat, and Arthur Baker, just to name a few.

In 2019, Riva Starr, via hir label Snatch! Records released Tom Bug's EP 'Changed My Life' supported by Franky Rizardo, Low Steppa, Chus & Ceballos, Chris Lake, Format B, and many others. Two years later, Tom releases another Snatch! EP this time with their frequent collaborator – Grooveline, with whom they get support from Claptone, Nasser Baker, Jax Jones, and others.

Also, Tom Bug has performed all over Croatia throughout his twenty-year career, helped organize and promote the House Fusion club night during the first decade of this millennium, represented Croatia at the Burn Residency competition, won the Ambassador award for the best house single in 2020, and been named the best DJ in 2017. Most importantly, he established the now well-known brand Dobar House, which is synonymous with top house music parties and has grown to be one of the most significant in the region and the leading house music label in Croatia.

As a music label, Dobar House has attracted and continues to attract young producers from across the globe, mostly from Croatia and the surrounding area, as well as renowned or important worldwide figures.

As a club night, Dobar House not only brought together the greatest fans of house music but also introduced house music to younger generations of clubgoers and gave them a secure space to enjoy the best music and a sea of happy people who formed one huge family.

ALL PRESALE TICKETS ARE SOLD OUT! Thank you. To secure your spot on time, we released Door Tickets online! But hurry, they are limited.