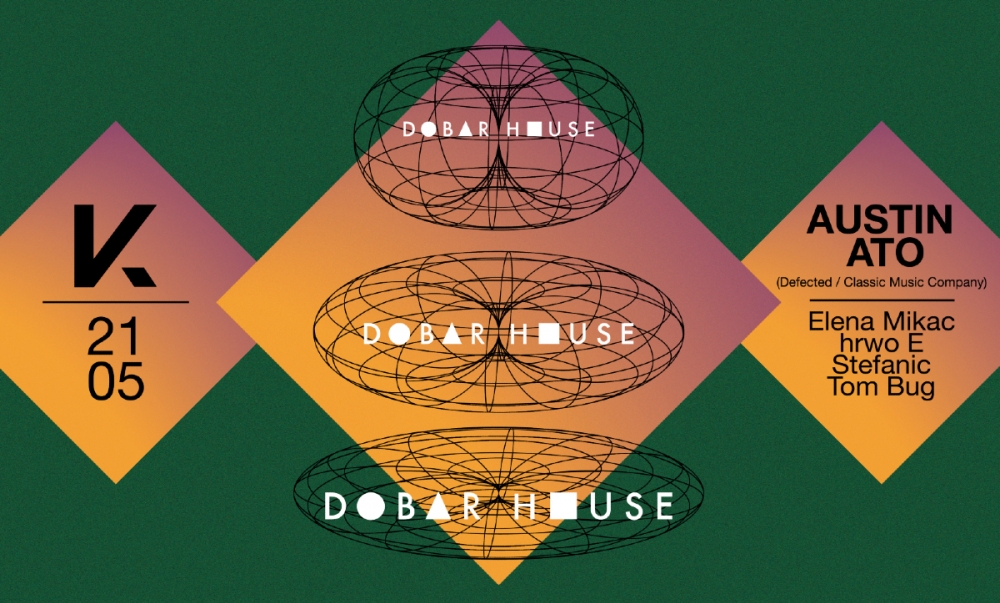 After we SOLD OUT our first bigger event in Aquarius this April, it's time to go big again!

We are delighted to announce our debut event in Peti Kupe, a venue that has some of the finest audio and visual treatments you can think of in the club world, and when you add it's amazing theatrical space to the equation, you get an all-round special treat.

Hot Chip, Peaches, Defected Records, Franz Ferdinand, Azealia Banks, Classic Music Company, The Blessed Madonna, Tricky and the BBC - may look seemingly unrelated, but our next guest is the link that connects all of the above - Austin Ato!

With his releases on Defected, Classic Music Company, Phonica White, and Delusions Of Grandeur, he has won over not only Dobar House, but the entire clubbing world. He'll be performing for the first time in Zagreb at Dobar House in the Peti Kupe, following his debut performance in Croatia at Defected Croatia.

He will also release his remix for Dobar House two days before his performance in the Peti Kupe, about which you will soon learn more.

Colin (his real name) is a genuine DJ phenomenon because he has a level of energy that few DJs can match.

It is a true honor and pleasure for us to introduce him to the Zagreb and Dobar House audiences, as we have seen how Austin affects crowds on several occasions.

PS. Recently, we've secretly served you a bunch of his music wherever we could - on radio shows, in our sets, and at the last Dobar House - and you've responded exactly as we expected - with pleasure.

Along with our main guest at the decks, you'll see Stefanic and hrwo E, two of the Dobar House's most well-known faces. Of course, as usual, your hosts Elena Mikac and Tom Bug, will be there to do their part.

So, get your Early Bird ticket now because they're limited!

Make sure to check out our Facebook event, click ‘going’, and be there because you don't wanna miss this, trust us.

*Check out the venue below this link*