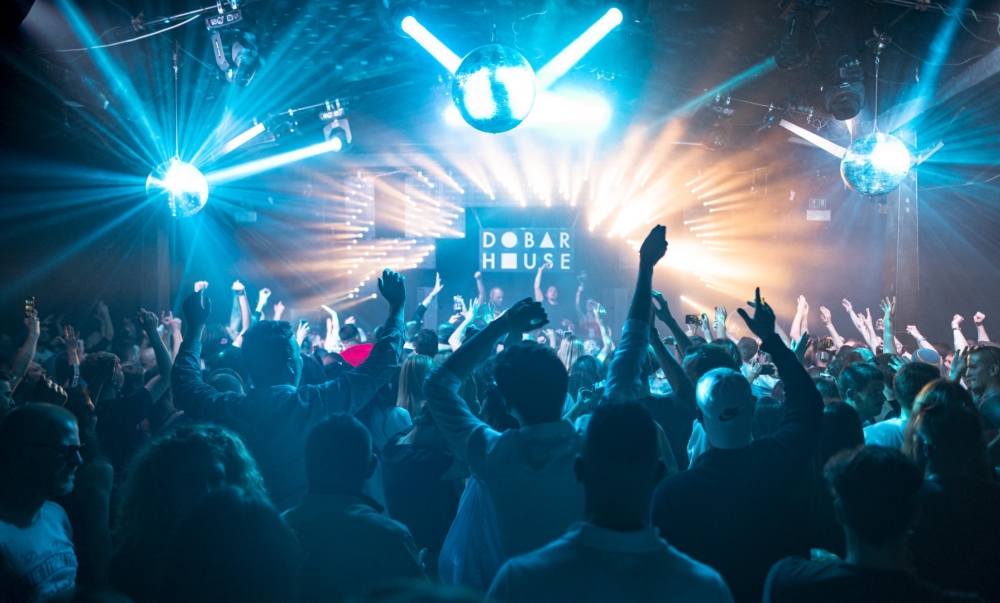 Dobar House celebrates the end of its most successful season on June 24th in Aquarius, Zagreb!

Dobar House's most popular season is coming to a conclusion.
We wanted to do something big for the end of the season as a thank you for being the best possible audience before we return for the autumn season with an even greater program.
That's why, on June 24, we have a new guest appearance from PIV Records, this time from a DJ and producer with a Paris address who also runs a popular label with a similar vibe - DJ Steaw!

House Puff Records and Rutilance Recordings founder is coming to Zagreb for the first time and is bringing his signature Parisian house sound that draws influence from Afro-American music culture. He also releases music for one of the most important house music labels of the moment - PIV Records, a brand that has just seen its first festival in Amsterdam completely sold out!

In addition to our main guest, expect a tight line-up of Dobar House and Dobar House Gruv DJs: Groove Masters are coming in from Zadar, this being their second appearance at Dobar House, but their first in full force. Elena Mikac is here as always as your resident and host, while Tom Bug & Grooveline will play their second B2B this year in Aquarius!
Early Birds are available in limited amounts, so make sure you get yours on time! Tickets available on Entrio.hr services or their selling spots.

DJ Steaw is a powerhouse producer and DJ. He has travelled through Europe and world at a large scale, playing his bass-heavy, soul-influenced productions and captivated crowds.
His listeners can hear its imprints on his work-jazz's improvisational spirit and rap's unpredictable rythm light up DJ Steaw's house tracks.
He is also the co-founder with Gunnter of Rutilance Recordings and founder of House Puff Records and Steaward.
Music industry savvy, he is claiming more than 12 years of experience on the international electronic scene from Berlin's Tresor to London's Fabric to Amsterdam's Shelter and the best spots all around France.
The talented iconic artist is ready to reach new scales, helped by the high frequence of his top quality releases.

🚕 [BOLT CODES] 🚕
𝗗𝗢𝗕𝗔𝗥𝗛𝗢𝗨𝗦𝗘𝟮𝟮
Existing users - 50% off the price for the ride, up to a maximum of 50HRK, valid for 150 users.
𝗗𝗢𝗕𝗔𝗥𝗛𝗢𝗨𝗦𝗘𝟮𝟮𝗡𝗢𝗩𝗜
New users get a 50HRK discount on their first ride, valid for 150 users.
ℹ️ The codes may be used for both cash and credit card payments, and they are valid from Friday, June 24, 2022, at 8 pm. until Saturday, June 25, 2022, at 6 am.
ℹ️ We suggest using a Bolt or taxi to be sent to Petrine Street 19 (or a nearby location) rather than making a complete circle around the lake if you want to avoid paying their new weekend entrance fee. Your Bolt codes will be used even better as a result. If you arrive by car, there is a large parking lot nearby, and the walk to the Aquarius takes around 7 minutes.